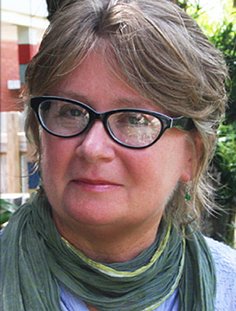 All images are copyright © Jane Brewster, 2022. Unauthorized use and/or duplication of this material without express and written permission from this website's owner is strictly prohibited. Please contact me for custom work or image use.

I’ve been drawing since I was a child growing up in the French Quarter, and began creating illustrations and logos for clients in the 1980s. In 1995 I earned B.A. in Graphic Design and Illustration from University of Oregon, with an ongoing career as a freelance artist to the present. In 1997, I designed and painted an 18’ x 110’ mural of famous authors with scenes and quotes from their work on the side of a bookstore on Hawthorne Boulevard in Portland, Oregon. In 2001, I participated in the Guns in the Hands of Artists Show, at the Interstate Firehouse Cultural Center in Portland, which was curated by Brian Borrello. I moved back to New Orleans in 2003, and began to display and sell my work at special events, festivals, and group shows, and also worked as set decorator and prop designer for local film productions. In 2014, I started participating in the Community Visions Unlimited, a nonprofit urban revitalization project, and created public art in the streets and neighborhoods. I created limited edition commemorative posters for the first 2005 Mid-City Bayou Boogaloo Festival, the 2016 Satchmo SummerFest, and the 1719-2019 Algiers Tricentennial. Since 2016, I’ve been a contributing scenic artist for the New Orleans Jazz and Heritage festival. In 2018, became a member of the RHINO Contemporary Crafts Gallery, an artist cooperative in its 35th year, and teach painting workshops at the gallery.